My favourite types of activities are those that can turn the “hmmm” into an “ah ha!” without too much involvement from me. This type of activity really encourages mild confusion (The Gift of Mild Confusion) and was really rewarding for my students when they eventually worked it out!

How to set it up

I told students the two mixture options and asked them:

“What experiments could you do to prove it?” 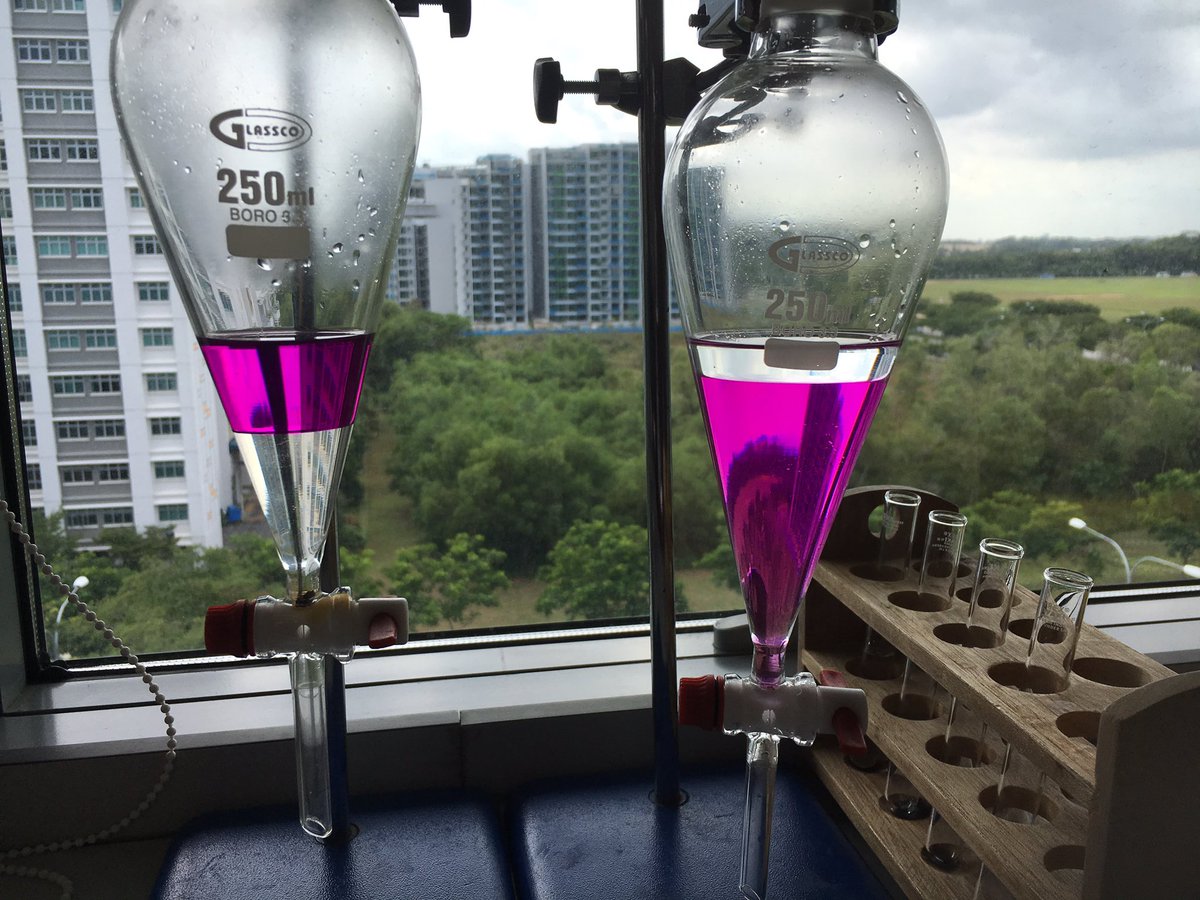 Dissolving and solubility is all about intermolecular forces.

Potassium permanganate is ionic. Ionic substances are the most polar substances you can get, so they are much more soluble in a polar solvent like water.

By doing a separate experiment adding water to hexane we showed that the water layer is on the bottom, making the left hand one the iodine, the right hand one the potassium permanganate.

The kids were also mesmerised when I added some new potassium permanganate to a fresh mixture of hexane and water – just watching it cruise through the hexane before it dissolved in the water is awesome!

As suggested by @cesapo , you could definitely just add water to the separating funnels to prove that the water was the lower layer!  Simple but perfect to solve the problem 🙂

If you really wanted to go crazy on proving which was Iodine and which was the Potassium Permanganate then the redox titration with oxalic acid suggested by @ChristOfJaegar and @haveri_speaks is definitely the easiest (and safest!) way to do it!

Any other suggestions/feedback greatly appreciated!